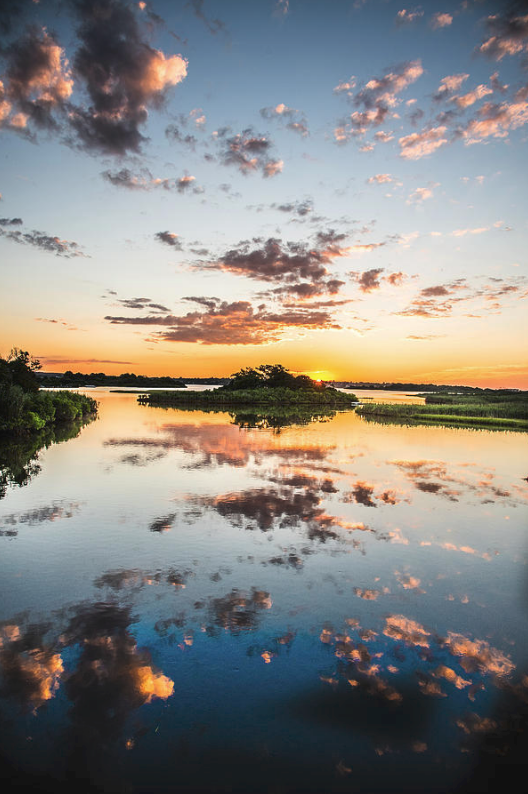 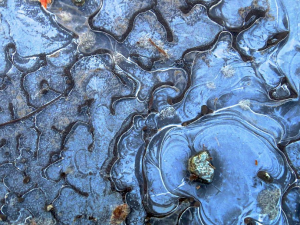 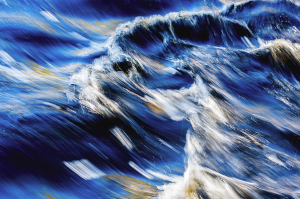 “I have black cherry kombucha, or red wine,” Mary offered while pulling up chairs and clearing off table space to accommodate me. I was earlier than anticipated, and with Mary’s jam-packed schedule of creating art, teaching workshops, helping her community, running her own small business, and looking after her family, including her husband and 11 year old son, every minute is filled. Still, she does it all with ease, a warm smile, and an infectious positive attitude.

Rhode Island native, Mary Jameson owns Saltwater Studios located in Newport. She’s been an artist her entire life, spending most of it drawing figurines. However about 8 years ago she garnered new inspiration. She was exploring scrapbooks at the Newport Historical Society and discovered pressings with poems and writing. As she began looking at other Historical Society’s scrapbooks, she saw the same. It inspired her to create her own version of pressings, and in turn, a legacy. She first experimented using the same methods that people use for flowers and leaves, and used that to develop her own method of pressing seaweed to both capture it’s essence and movement. 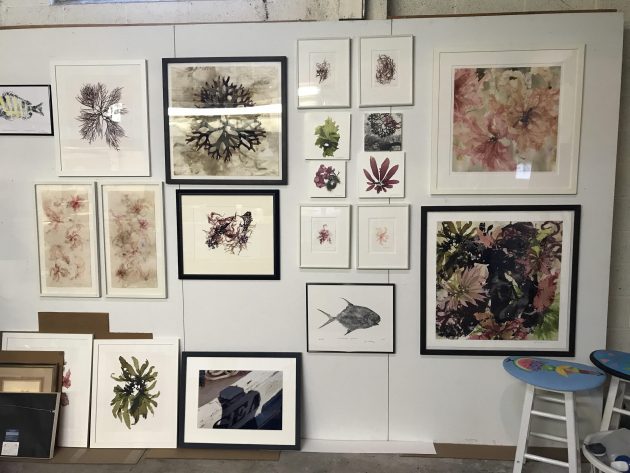 She begins by heading to the beach. Using her artistic perspective, she studies the seaweed in the water, seeking its shape, color, texture, and movement. She then brings it to her studio, where she put it into plastic tubs covering her table space. The first step is to dip the paper in saltwater, necessary for these sort of pressings, and once she feels she has the seaweed in the right shape she carefully places it on the paper. This paper is covered with thin fabric, blotting paper, and into a contraption she calls a portfolio.

Then of course come the weights and actual pressing. Because the seaweed is so delicate, Mary has to check on the pressings throughout the first day in order to swap out the blotting paper. After this stage, she is able to leave it for as long as necessary, which varies from piece to piece. This process essentially loosens the fibers of the paper just enough to allow the seaweed to integrate itself into it. The result? You can feel the texture of the seaweed on the paper but it is completely fused. 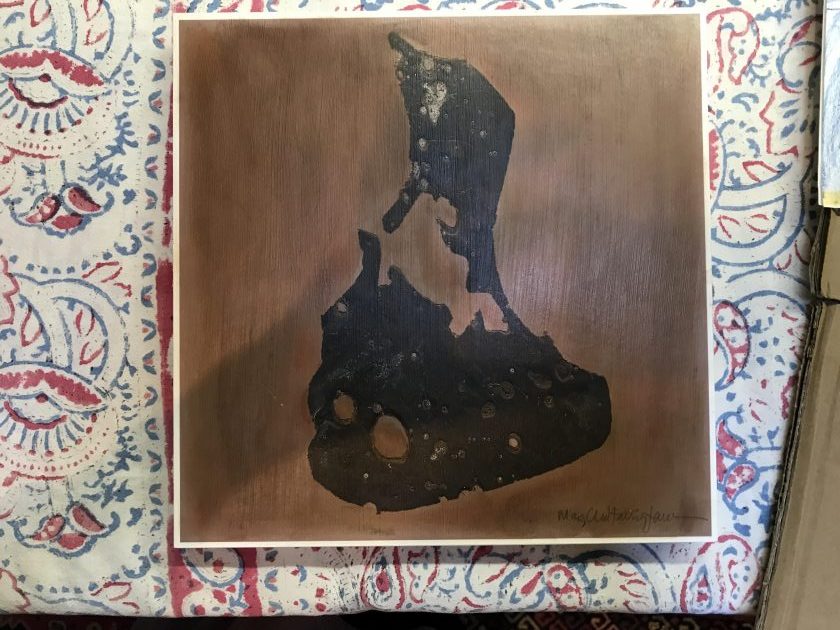 Mary scans these and creates beautiful pieces on a variety of surfaces, including matted and canvas prints, plates and platters, and even jewelry. Lately she’s been experimenting with black paper backgrounds and Eco-printing, a process that includes cooking the paper and natural products by boiling them in saltwater, leaving manipulated paper which she then presses seaweed on, to give a new look.

When Mary first started her seaweed creations, she was bringing them to the farmer’s market to sell where passerbys were enthralled by the pieces. Soon after, she had her breakthrough with this art style, when Newport Art Museum gave her a show and exhibition.  Although she admits she wasn’t an expert at first, she certainly is now as evidenced by her vast, new-found knowledge of seaweed and the spectacular pieces she creates. Over the past 8 years she has developed, and continues to develop, new processes and inventive ways to construe plants on paper. From freezing it, to letting it slightly decompose and create a new color outside of nature, there’s nearly nothing this artist hasn’t tackled in the world of seaweed.  Her personal favorite? “Grenell’s pink leaf. It’s thin, pretty, and delicate.” Find prints with this, and countless others, at Blink Gallery as well as her studio, Saltwater Studios. 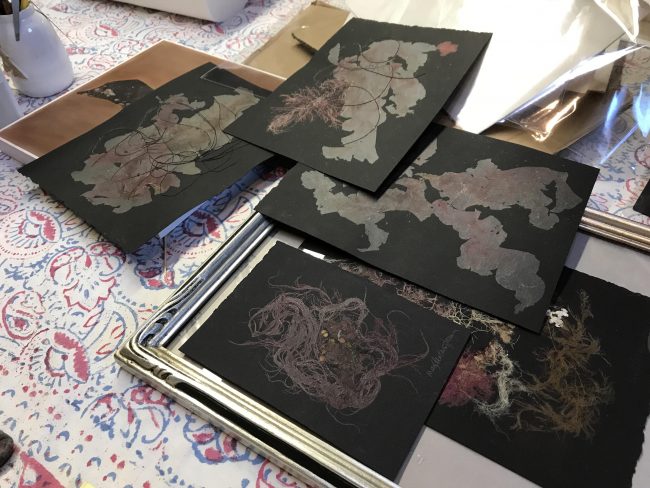 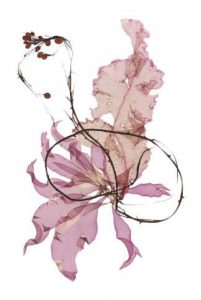