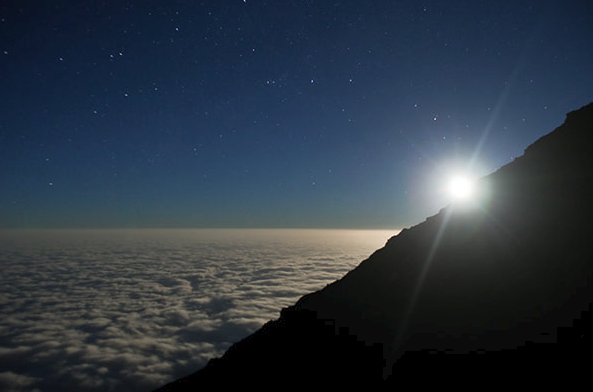 In order for this story to have its full impact, its important to start with the first time Sandy encountered Mount Kilimanjaro, which isn’t actually when this photo was taken. No, the first time Sandy saw it’s awe-inspiring form it was 1992 while on a rugged backpacking trip with his brother. They were in their early 20’s, finding their way and exploring the world. He recalls sitting in a mess hall of sorts, looking out the window, seeing Mount Kilimanjaro, and knowing that he was in this unique spot of the world without the financial means to make the climb. In order to make the climb you need to hire a guide and have all the proper equipment, especially for the snow. Sandy was always drawn to a good climb, before this segment of the trip they were in Uganda, and had just tackled Mount Elgon at 14,000 feet. This time he continued on his trip, parting ways with his brother here, and nearly forgot about this long lost moment and his desire for this mountain.

Fast forward 18 years, Sandy is making his living from photography. He met two women from Salve Regina University who were so taken by their work at an orphanage in East Africa, they decided to open their own in order to alleviate the pressures of the orphanages already operating there. They, along with another driven gentleman, opened what is called Flying Kites. They started it in Kenya, found a piece of land north of Nairobi but kept a base of sorts in Newport. They had the idea to offer adventure travel tours as a fundraiser for the orphanage. The tours consisted of visiting the orphanage and climbing Kilimanjaro. They would buy seats wholesale on a guided treks and sell them to their supporters.

Sandy would frequently run into them and became friendly with them, bonding over stories of Africa. When he heard about their mission with Flying Kites, he became intrigued. Immediately, he offered to take photos for them. In exchange for the rights to all of the photos, they happily paid Sandy’s airfare to get him to Kenya.

Again, Sandy was facing the mountain with a kind of financial pressure, although this time it was to climb it and take photos. Due to this he wasn’t really paying attention to the reality of the hike, more so he was trying to simultaneously work out shots for the luggage company he had contracted with, work for Flying Kites, and hopefully take some lifestyle photos without taking advantage of the situation.

The project started with shared visits to several orphanages of Nairobi, in the famous Kibera section. It was a slum of sorts, what he called, “a truly challenging place to see.” Here, he shot an entire backstory for the orphanage, basically to show what the new orphanage was trying to alleviate the pressure of. Sandy explained he hasn’t been able to leave a grain of rice on his plate after leaving that experience. Not because that one grain might actually impact the orphans, but because he says, “something in your integrity just switches after that.” He described it as life changing, and spoke of the children having unmatched courage and resiliency. With these emotions and revelations still swirling they were whisked off to the mountain.

Climbing Kilimanjaro takes about seven days if done correctly, and it requires a few training hikes to get climbers up to speed and weed out those who aren’t cut out for it. It requires “yo-yo”ing up and down the mountain while making the climb to best speed the all important acclimatization to the altitude, the only real way to avoid altitude sickness and fatigue.

After being in the orphanages, Sandy was aware of the impact it had and that is brought him down to Earth, thinking, let’s keep this real. Let’s turn this into something impactful. The photos were initially difficult to take. He was searching for something epic, emotional, or with drama, but instead was left with a one dimensional story. The story being, white people hiking. But there was this massive emotional tidal wave going on in the background from the experiences prior.

As they approached the summit, there’s a significant portion that must be hiked by night. It’s covered in a sort of volcanic ash, which is too sandy to walk up during the day and therefore must be scaled while frozen. At midnight, after a quick couple hours of sleep at the 16,000 ft camp, Sandy, his guide, and hundreds of other climbers set off up the frozen scree portion. During this, he suddenly realized that the illumination of his head lamp seemed brighter than usual, to which he looked up and realized there was a brilliant full moon!

It couldn’t have panned out better, however it was becoming increasingly difficult for Sandy to realize this as he was stricken by the symptoms of altitude sickness. He described it as almost a sickly drunken stupor, leaving him lethargic and disinterested, not to mention dizzy. A small little voice in the back of his head urged him to try, and the ‘alert’ that has gone off each time he took one of his best photos started to blare.

The moon was too bright and too familiar to take the a shot straight on, but the shapes created by the steep side of the mountain along with the layer of clouds thousands of feet beneath them set up the composition perfectly. Sandy stumbled around, disoriented, trying to set up a small tripod to capture the shot. He would find a sturdy rock, get the camera set, and then the moon would be out of place, or the shapes would be off. Again, he would move ahead, trying to beat both the altitude sickness and the seemingly quick moon. His instincts carried him through, he pushed the limits of technology at the time, and he was left with an intense shot.

It was then too, that he had a full circle revelation, realizing that he finally did what he so longed to 18 years prior as he stared out the window at the mountain. However, this time he was standing on top of it, with meaning and purpose, and a killer photo with all the majesty it deserved.

Here he was, 18 years after his initial view of Mount Kilimanjaro, with a serendipitous yet strange alignment of events that brought him back. As Sandy puts it, “While I wasn’t setting out to have a life changing experience, I was having one.” Sandy wasn’t there to tick an item off his bucket list, in fact, to him he sees the idea of a bucket list as a luxury, a difficult term to grasp while contemplating the orphaned kids and their focus on survival.

People tend put high value on “experiences,” particularly in the travel realm, and while this might seem like something a travel photographer might be into, he finds it to be self-indulgent. None of those children will have the opportunity to one day be photojournalists, or likely even have a camera, a reality that quickly grounds you.

It wasn’t a goal to satisfy his needs, rather he was looking at it as a job. Instead of living for experiences, he lives for creative production or ingenious problem solving. This photo isn’t just of Mount Kilimanjaro, it’s an awe inspiring arc of life.

In conjunction with the “Uncommon Gems” show at Duris Studios,

Celebrating a collection of hidden gems from deep in the archives. We will be showing 35mm photographs from Alexander “Sandy” Nesbitt’s early photographic career. This collection showcases Sandy’s innate ability to capture the feeling of a moment in a single frame often with a wry irony. All of the black and white photographs in this collection were printed in a darkroom by the artist himself between 1989-2004.

It has been a decade or more since this collection has seen the light of day. Many are one-off prints, others are in tight editions of 5 and 10. With the darkroom gone and the color labs closed, these will never be printed as analog silver prints again.

This is a unique opportunity to enjoy some of Sandy’s early work and celebrate a simpler, more hands on approach to photographic art making. We have such a tight collection of these analog darkroom prints that they will only be available, first come-first serve, during the one month run of this show. 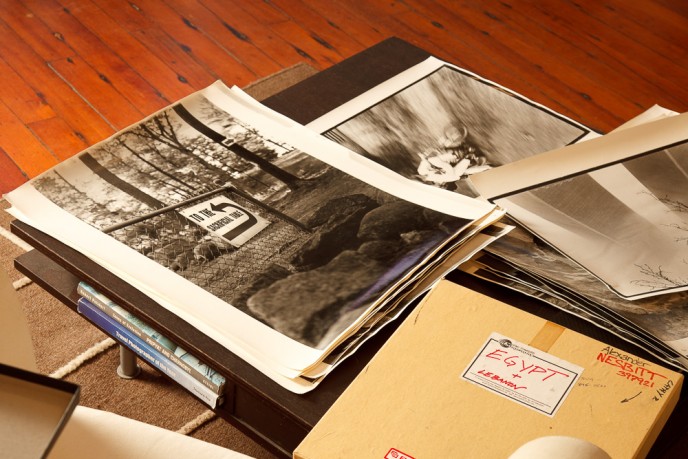 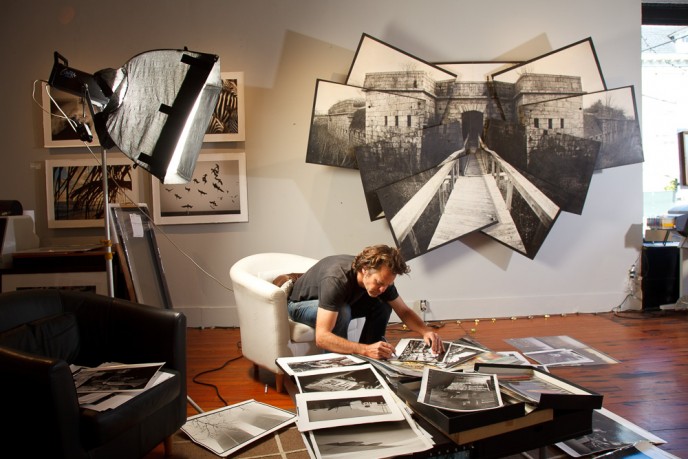 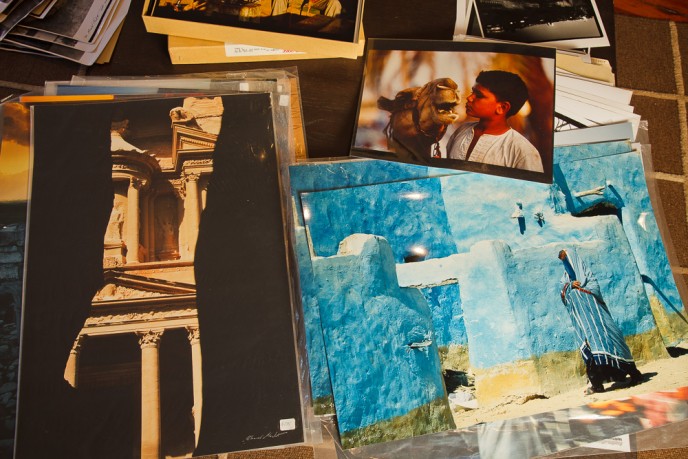 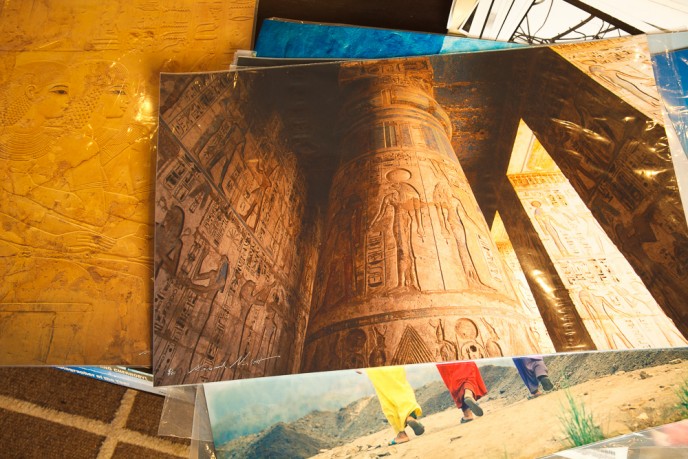